A Heritage of Healing

A tribute to Dr. Carl Grote, Jr. and the many ways he touched our community health system. 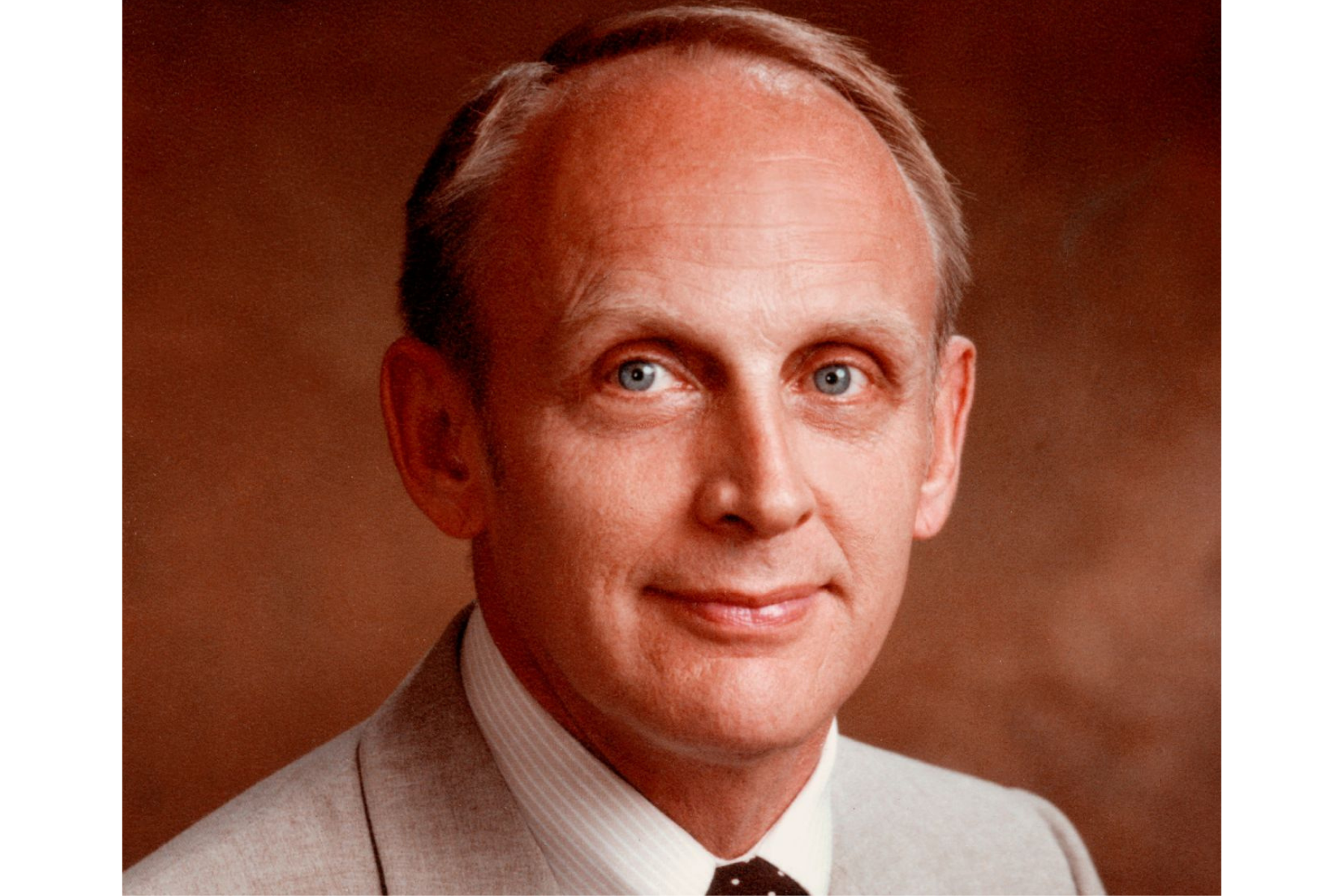 "If one thing has really made me proud, and I believe would make my father proud, is that we have a hospital that is very rare in our country. I do not know of any city in this country that has a community hospital of our size and complexity that does not receive any tax support. Huntsville Hospital has provided care for the indigent in our community without tax support. That's a sign of the community spirit which has made the hospital great. I hope that spirit never changes."

Dr. Carl Grote, Jr., passed away on December 5, 2021. He was a true icon for our community who was passionate about Huntsville Hospital and the special ways it serves our community. He not only gave of his time, but also his resources. He was a longtime member of the Foundation's Heritage Society, having donated his office building to the hospital in 1994. This savvy business transaction enabled him to support his favorite cause -- Huntsville Hospital, receive an income tax deduction based on the fair market value of the property, and avoid the capital gains taxes that would have been due had he sold the building.

Burr Ingram, HH vice president for communications and marketing, wrote the following article about Dr. Grote a few years ago and we think it captures him beautifully.

Dr. Carl Grote, Jr., is not the type of person who talks about himself a lot. That's not his style. As a family practitioner in Huntsville for the past 36 years, he's spent most of his adult life focusing on the people he treats. But occasionally, he sits back in his chair at home, and enjoys a rare moment of reflection on the contributions the Grote family has made to health care in this community. As he reflects on nearly eight decades of those contributions, there is a sense of peace and satisfaction that comes over him...a quiet pride of knowing that the job has been well done.

Although the history of medical care in Madison County is sprinkled with the names of many outstanding individuals, few occupy the position held by Carl Grote's late father, Dr. Carl A. Grote, Sr. His mark on medicine and on the development of Huntsville Hospital is documented in local history. Quietly though, and in his own way, Carl Grote, Jr., picked up the mantle from his father and has made an equally indelible mark.

Carl Grote, Sr., was a native of Greensboro in Hale County. "My father always wanted to be a doctor, but he couldn't afford medical school. So he graduated from the old Southern University (now Birmingham Southern) and became a school teacher. Fortunately… I guess you could say...he was a flop at teaching," smiled Grote.

After his brief stint in education, the elder Grote, with help from his sister, worked his way through medical school at the Alabama Medical College in Mobile. After graduating in 1912, he was named county health officer for Walker County, becoming the first full time public health physician in Alabama.

Grote's connection with Huntsville resulted from a public health crisis in the city in 1916. "There was an epidemic of typhoid fever in the community and my father was sent to investigate it," his son recalled.

"As it turned out, the water supply for the city which was fed from Big Spring contaminated with sewerage. My father went down in the caverns beneath the courthouse square area and found the problem. That's when Huntsville first started chlorinating the water."

Grote's modest summary understates the seriousness of his father's actions. By crawling on his hands and knees through the city's water system he risked his own life and conquered a disease which had killed many in the community.

Be sure that Dr. Grote's heroics were well known in Huntsville eight decades ago. In fact, there was a ground swell of support for this young physician to stay in the community. Two years later, in 1918, he packed his bags in Jasper and made Huntsville his home, becoming Madison County's first public health officer. And except for a few months in 1924 when he helped start a county health department in Greensboro, North Carolina, Huntsville was his home until his death in 1964.

By 1924, Grote's private practice was flourishing in the area of Huntsville known as Merrimac Village. Merrimac Mills, later known as Huntsville Manufacturing, had employed Grote to run the mill's health clinic.

It was during those days that Dr. Grote's love-affair with Huntsville Hospital and for a special young lady was kindled. Willie Barrier, a pretty young laboratory technologist in the county health department, became Mrs. Carl Grote in 1926. That same year Dr. Grote and other city leaders led a campaign to build a new Huntsville Hospital. Grote's efforts to raise $200,000 and the contribution of the land by Harry Rhett, Sr. culminated in the construction and opening of a modem, 50-bed hospital on Madison Street. Heretofore, Huntsville Infirmary, the forerunner to the hospital, operated in converted homes since opening in 1895.

In 1928, Carl and Willie Grote had a son, Carl, Jr. To say that he's a chip off the old block is an understatement. He's a dead ringer for his father in appearance and in his love for Huntsville Hospital.

"My father didn't push me into medicine. He told me to come with him on his calls and see if I wanted to be a physician. Actually, I went with him because I got to drive him on his house calls. He used that time to catch up on his sleep," laughed the younger Grote.

Regardless of his motive, Carl, Jr., was eventually turned on to medicine. "My dad always told me to keep my eyes open on a house call … he said look around, don't just look at the patient. You can tell a lot about your patient by what you see in their home. And he always said, look on the mantle, that's where they keep all of their medicines. You can also find out if they are seeing another doctor," Grote grinned.

Grote pursued his medical education at Vanderbilt University, where he received his undergraduate degree in 1950 and his medical degree in 1954. He completed his internship at Butterworth Hospital in Grand Rapids, Michigan, and his medical residency in general practice from H.P. Long Charity Hospital in Pineville, Louisiana. From 1955 to 1957 he served in Germany as a Captain in the U.S. Army Medical Corps. He returned to Huntsville in 1958.

"I practiced with my father for 6 years before he died in his sleep in 1964. We practiced with Earl Robertson and John Lary, Sr. There were 35 physicians in Huntsville when I came home in 1958," he recalled. "Huntsville Hospital was a 150-bed community hospital in a city that was growing fast, thanks to the space program."

For Carl Grote, Jr., the growth and outreach of Huntsville Hospital during the past 30 years is an "astounding success story for our community." And though he won't say it, it is also a tribute to him. His support, hard work and leadership on the medical staff and on the hospital board has helped build a hospital that touches nearly every life in Madison County and thousands of others throughout the region.

"Of course, I love Huntsville Hospital. I grew up with it. It's been a part of my life as it was a part of my father's life. I think he would be astounded at the changes that have taken place. I know he would be proud of how far we have come," he said.

Just how far has Huntsville Hospital come in its first 100 years? Today, the hospital that began in a cottage in 1895 is a 901-bed health care system that employs 4,000 persons and has a medical staff of more than 400 physicians. Dr. Grote, a member of the governing board of the hospital since 1979, and a past chairman, says there so many noteworthy achievements over the past quarter of a century.

“Many things stand out...the construction of the North Tower, the professional office building and the Sivley Road expansion. The new technology and services which are now available. And of course, the acquisition of Medical Center Hospital which was really the start of a new generation of health care in Huntsville," he said.

“It has been an exciting time and I am glad that I could share in it. If one thing has really made me proud, and I believe would make my father proud, is that we have a hospital that is very rare in our country. I do not know of any city in this country that has a community hospital of our size and complexity that does not receive any tax support. Huntsville Hospital has provided care for the indigent in our community for nearly 120 years without tax support. That's a sign of the community spirit which has made the hospital great. I hope that spirit never changes."

Dr. Carl A. Grote, Jr.'s contributions to medicine and to health care extended far beyond his private practice in Huntsville. In fact, his life is characterized by unselfish service to his professional calling: 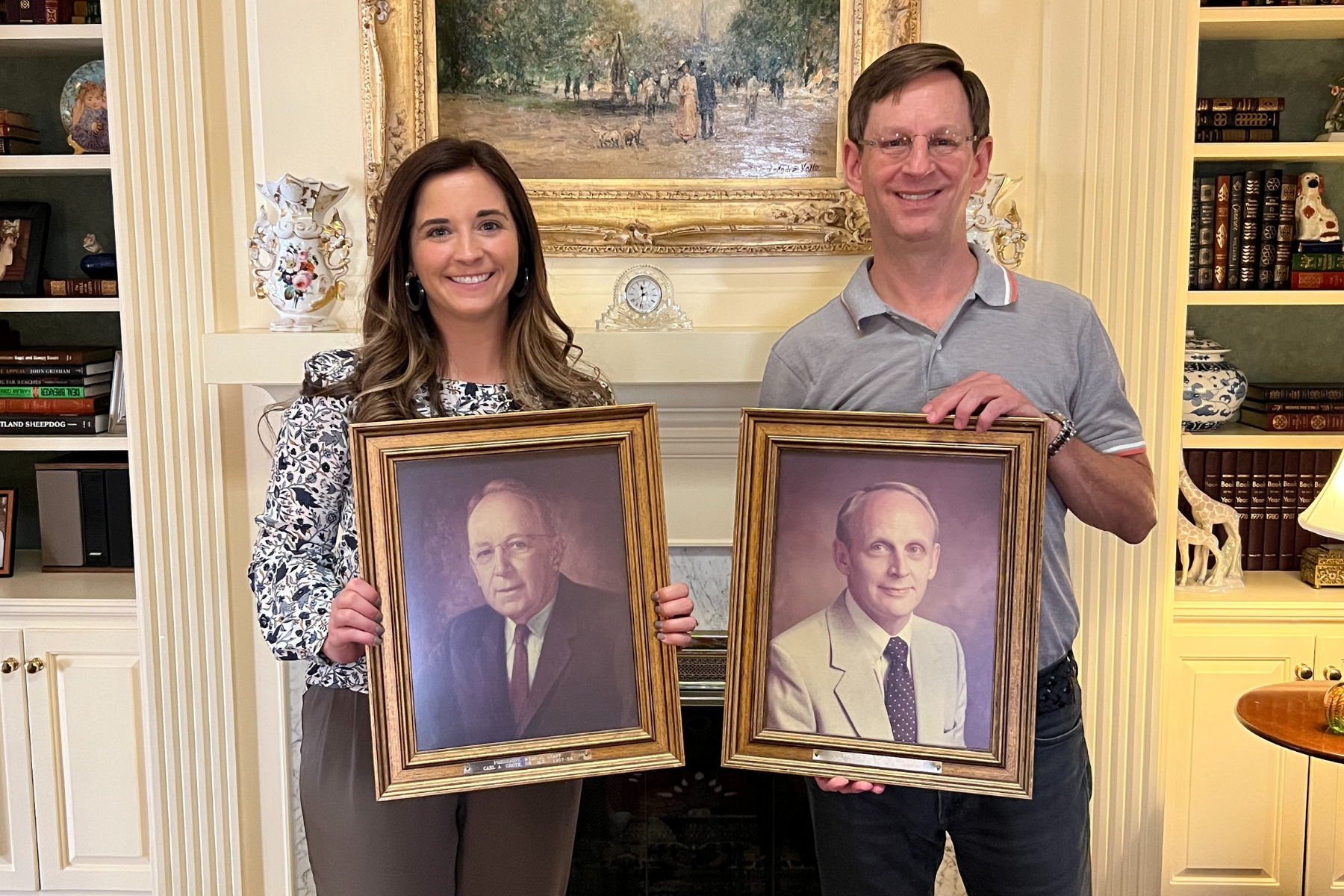 Learn how you can leave a legacy through planned giving.