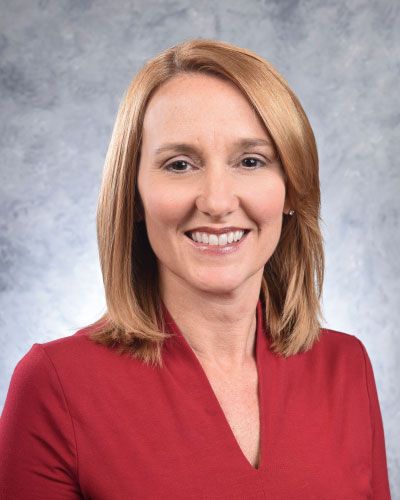 Director of Community and Government Relations

Amy George serves as Director of Community and Government Relations for the Foundation. She works with corporate and government donors, and oversees the Foundation’s grants program and community engagement strategy.

Amy spent 11 years as a television news reporter and anchor, most notably at WHNT-TV in Huntsville. In 2005, Amy’s life took an unforeseen turn when she gave birth to twin girls 14 weeks early. The unexpected turn of events would lead Amy and her husband, Chris, to establish the Melissa George Neonatal Memorial Fund at Huntsville Hospital Foundation, in memory of their daughter. Melissa’s Fund has raised $4.2 million in 16 years, and the money is used to buy critical, lifesaving equipment for premature babies in the Neonatal ICU at Huntsville Hospital for Women & Children. Her involvement with Melissa’s Fund eventually led to a full-time role with the Foundation. Amy also partnered with Hospice Family Care to start the HOPE group (Helping Other Parents Endure) for parents who have lost infants. Her purpose lies in helping grieving parents discover how to live again after losing a child.

Amy is a member of the Huntsville Committee of 100, and has served on several non-profit boards including Hospice Family Care, American Heart Association and Girls, Inc., along with the board of her local church. She is a graduate of Leadership Huntsville’s Management Academy (class 12) and Focus (class 10). As a journalist, she was awarded Best Specialized Reporter in 2004 by the Alabama Associated Press and Best Television Religion Reporter in a Local Market by the Religion Newswriters Association. She has also received community service awards from Volunteers of America and the Interfaith Mission Service of Huntsville.