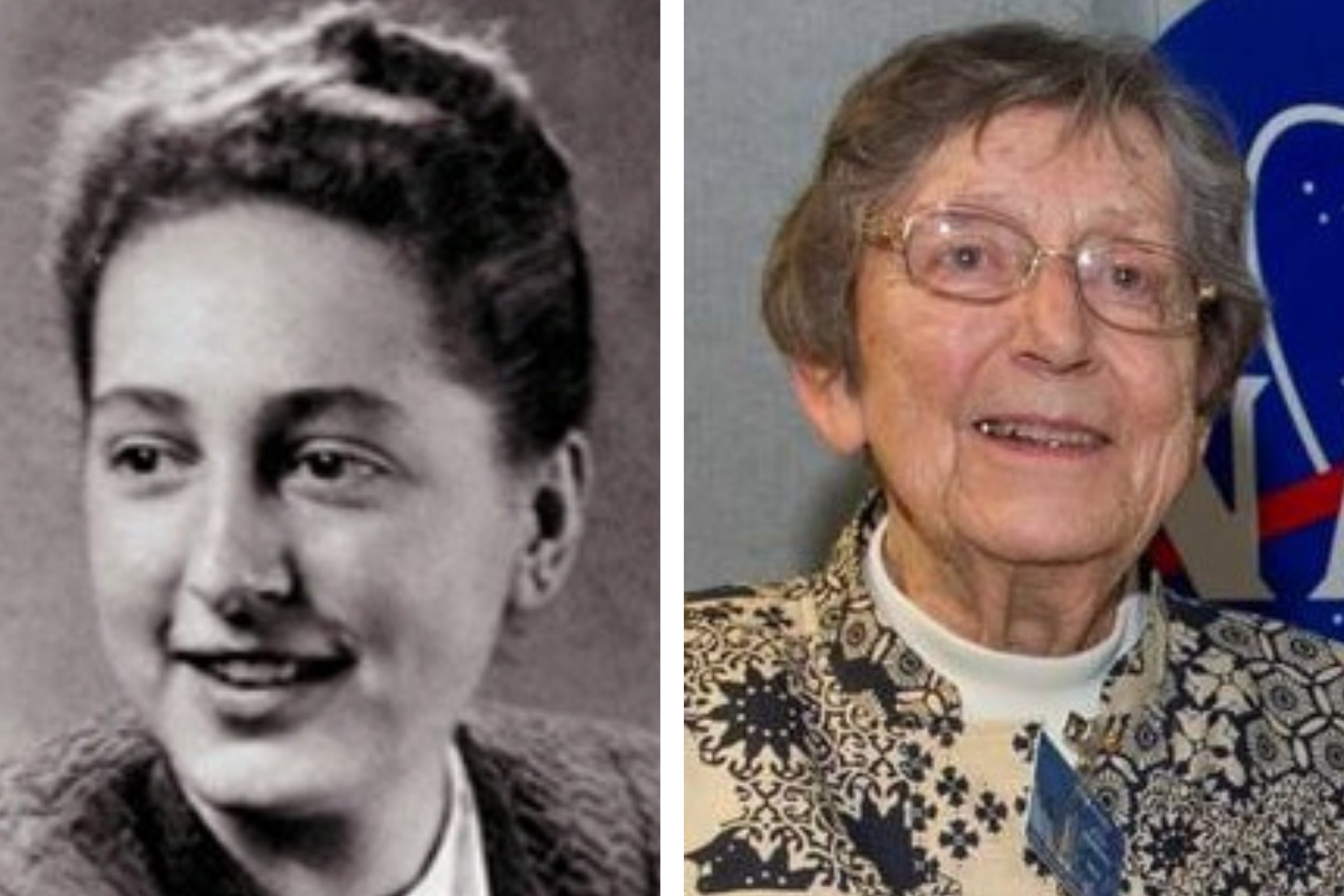 Ruth Inga Heimburg chose to support the impactful work of Hospice Family Care through her planned giving. We are honored to have learned her life story, and to have the chance to introduce you to Ruth – an amazing lady who moved to Alabama in 1950 with her husband, Karl ... a German engineer on von Braun’s Rocket Team!

Huntsville Hospital Foundation recently received a surprise bequest from the estate of Ruth Inga Heimburg. Ruth’s son, Klaus, says his mother noticed and appreciated the care that some of her neighbors received from Huntsville Hospital’s Hospice Family Care. Now, her donation will support the future care of others in our community. We are deeply grateful that Ruth chose to support us with her planned giving, and we are honored to share the incredible story of her life:

Ruth was the spouse of Karl Heimburg, one of the members of the German Rocket Team. She wrote a short memoir entitled “When I Was Young: Some Memories for my Grandchildren”.  It recounts a long and eventful life.

Ruth was born in Darmstadt, Germany, in 1924.  She had a happy childhood. But as she reached her teenage years, life in Germany became increasingly challenging. First, there were ration cards for food, clothing, and coal. Soon, she and her high school classmates were sent to live on family farms or in work camps where they worked in the fields, taking the place of men who had been drafted into the German army.

In September of 1944, the British Royal Air Force bombed Darmstadt, causing immense devastation and a fire storm which killed 12,000. Ruth, her brother, and her mother became three of the 66,000 inhabitants of Darmstadt (population 110,000) who became homeless that night, barely escaping with their lives and a few personal items. Their family doctor gave them the keys to his remote hunting cabin. They fought to secure a place on a train, disembarking as close as they could, and walked the six miles to the cabin. There they lived without running water or electricity until the war ended in the spring of the next year. They made their way back to Darmstadt by foot – 28 miles – because no train was running.

Ruth’s parents were neighbors of Karl Heimburg’s mother. Karl had been drafted and ordered to do his military service as an engineer von Braun’s Rocket Team. He was in the group of team members who deliberately sought out and surrendered to the Americans. They were sent to Ft. Bliss, Texas, in 1946.

In the spring of 1947, Karl wrote to his mother and asked her to find out if Ruth was still unmarried and, if so, would she marry him. Ruth felt sure this was a mistake – she thought Karl was really interested in her older sister – but Karl started sending packages of food and clothing and she began to imagine and then prepare “for the possibility of getting married and moving to the dreamland America”. Karl returned to Germany briefly, they were married, and then traveled “to America, the land where milk and honey flows”.

The desert climate at Ft. Bliss didn’t agree with Ruth and she was very homesick at first – “I wished I could go home. But still, I was the envy of all I had left behind in Germany”. The food was plentiful, Karl and his friends built furniture, they bought a car, she had a baby. And she began the process to become a US citizen.

In 1950, the Army moved the rocket team to Huntsville, Ala. She wrote, “Here it was green, with trees and grazing cows. We arrived in Huntsville in the afternoon. Out of the car, I took a deep breath and said, ‘Here I can stay’.” Ruth’s autobiography ends with that sentence.

Ruth embraced her new home, in a part of Blossomwood called Sauerkraut Hill because of the many Germans who settled there. She lived in the same house for 68 years. Two more children joined the family. She “surely set some kind of Randolph School carpool driving record”, according to Klaus.  But Southern food remained foreign to her (“…never a squash, okra, turnip green, or sweet potato ever saw her kitchen”).

Later, as a widow, she “thrived on friendships with the young people that lived in the neighborhood during its transition/gentrification years”. And she observed Hospice Family Care provide for her beloved older neighbors. All of us here at the Huntsville Hospital Foundation and Hospice Family Care are very grateful for the life and the contribution of Ruth Inga Heimburg.